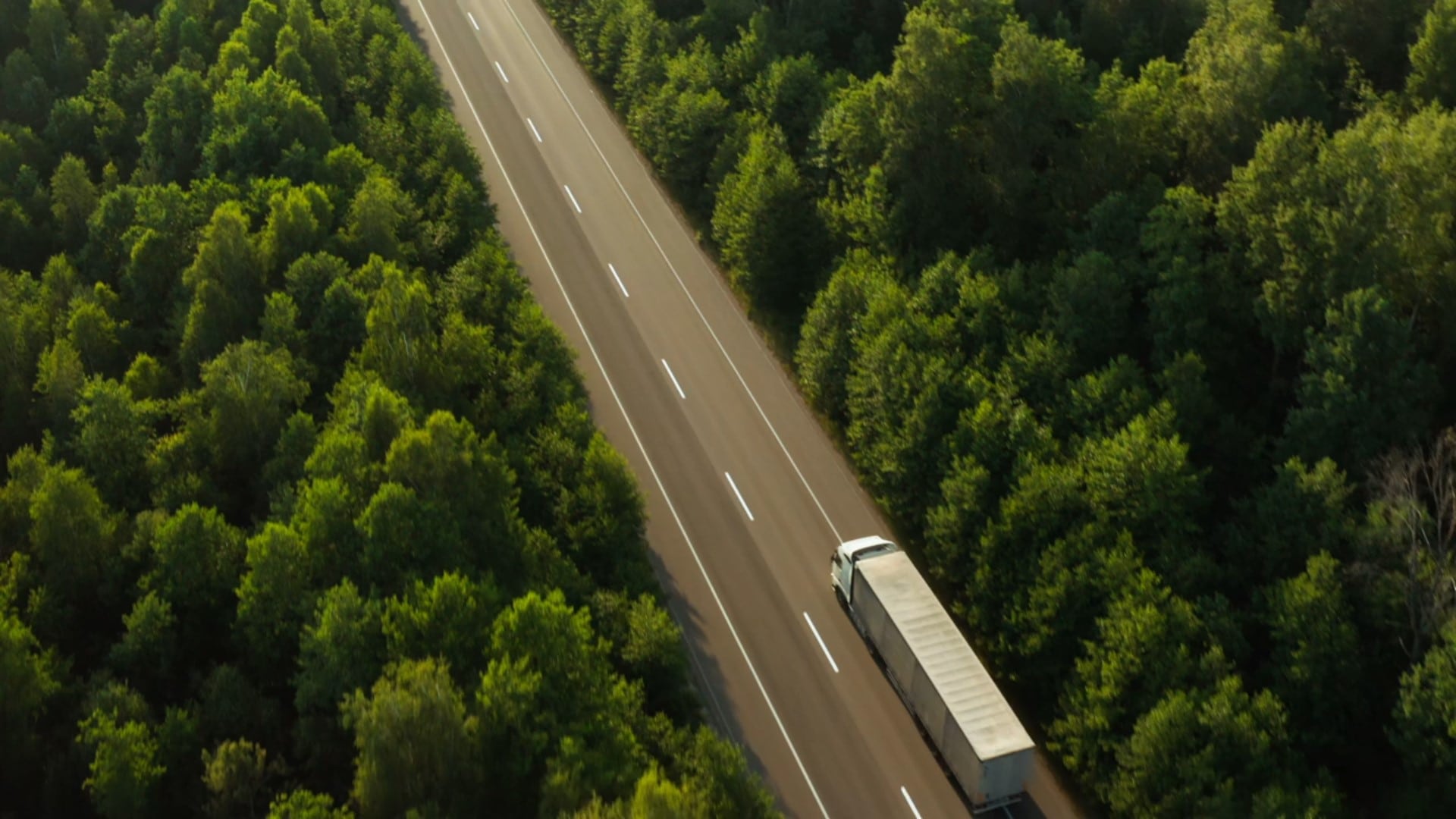 Load up on trailer insights, innovations and trends.

Part 1: The Fleet of the Future

4 upcoming technologies that will revolutionize the way you manage your fleet.

General Motors' chairman and CEO Mary Barra famously stated, “The automotive industry will change more in the next five to 10 years than it has in the last 50.” Today it is easy to see innovative, even revolutionary developments in vehicle technology everywhere.

The factors affecting the automotive industry also impact trucking, and they’re progressing fast. Some of the changes will be evolutionary. Others will be revolutionary. And all of them will affect the way you manage your fleet. So today we want to dive into four areas where new technology will be particularly disruptive.

Safety features that are becoming commonplace on passenger cars – lane-departure warnings, lane-change assist and adaptive cruise control – are also being adopted by the trucking industry.

Companies such as Bosch, Knorr-Bremse and ZF have introduced systems for active steering that can provide lane-departure and lane-change assistance. 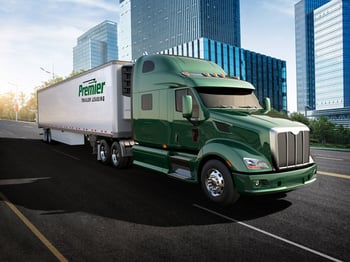 The technological philosophy behind ZF’s driver-assistance system was expressed by systems engineer William Sanchez: “The driver is always in charge. This is just to help the driver. We’re not going to drive for them.”

Adaptive cruise control is not a novel idea, but the technology is being leveraged for more than a safety feature. It can improve fuel mileage as well when trucks “platoon,” driving nose-to-tail to reduce aerodynamic drag. Derek Kaufman of consulting firm Schwartz Advisors observed, “In two-truck platoons, fuel savings of up to 10% have been demonstrated by the rear truck, while the truck in front has seen a 4.5% gain. The combined gain results in a $1,750 saving per truck per year.” SAE Technical Paper 2018-01-1181 describes tests using a platoon of three tractor-trailer trucks; fuel mileage for all three increased dramatically as the gaps between trucks were decreased.

Kaufman also addressed the value of safety technologies compared to the high costs of an accident payout. The average lane departure warning system gives a return on investment of $1.37 to $6.55 for every dollar spent. Collision mitigation systems can result in a 20% to 25% reduction in rear-end fatalities and injuries. With future improvements, that number is expected to grow to 50% to 60%.

These are just some of the technologies that are available now or will be in the very near future.

How will you evaluate these technologies? Will you adopt everything you can for increased safety? Will you let drivers have a say in which features might be helpful and which might be annoying? How will you implement the technologies? There are no easy answers, but you’ll have to consider the issues and formulate a plan.

What if the solution to the driver shortage was to no longer require drivers?

The freight industry is expected to be among the early adopters of autonomous technology, in part because companies can’t fill enough truck-driving jobs, according to P.S. Sriraj, director of the University of Illinois at Chicago’s Urban Transportation Center. “There’s a significant shortage of drivers,” Sriraj said. “If you have a shortage of drivers, you have drivers working long hours and compromising their safety.”

However, Krystian Gebis of Autobon AI, which has already tested a modified self-driving Peterbilt on public roads, does not see autonomous technology as a way to completely replace truck drivers. In their system, “The driver still has full control,” Gebis said. “We want to make sure the truck isn’t weaving in the lane and it maintains a safe following distance. We are thinking of every possible way we can to make the job more enjoyable for drivers.”

“Since human error is behind more than 90% of fatal wrecks, boosters of autonomous vehicles say their increased use could save lives,” wrote Mary Wisniewski of the Chicago Tribune. Futurist Ulrich observed, “Autonomous trucks offer tantalizing cost savings. They will save lives by having fewer crashes and they won’t require sleep, extended breaks, get sick or drive at anything but the optimal level.”

Wisniewski noted, “If the American Trucking Association’s claims about the industry facing a shortage of 174,000 truckers by 2024 are correct – and assuming the industry can’t continue to raise wages in an effort to attract new drivers in the industry – will trucking companies have any alternative but to transition to autonomous vehicles?”

How quickly do you think autonomous trucks will become a viable option? How and where would you use self-driving trucks? Will self-driving trucks be an answer to the driver shortage, or would you still want a driver in each cab, ready to take over? These are questions you’ll need to answer and justify.

That was the somber Bloomberg headline on December 3, 2019, describing one of the worst years ever for autoworkers across the globe amid shrinking demand and a tectonic shift in vehicle technology. 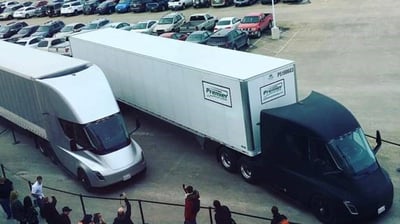 The arrival of electric vehicle technology has already had a tremendous impact on auto manufacturers. But what does it actually mean for the trucking industry? It’s one thing to see your neighbor using a Tesla like an ordinary car, but that doesn’t have anything to do with heavy trucks . . . does it?

Of course it does, since none other than Tesla has built an electric Class 8 Semi and taken it on a roadshow to impress large fleet owners such as UPS and J.B. Hunt. UPS and PepsiCo are among companies who have pre-ordered.

Despite all the headlines, do you feel that electric trucks will be a practical alternative any time soon? Would you consider them for shorter routes first, then possibly add routes as the infrastructure develops? Will the reduction of emissions be worth a price premium? Can you make a business case for electric trucks?

You knew we’d get to this sooner or later.

Trailer technology hasn’t captured as many headlines as these other developments, but trailer features and functionality have increased dramatically, and your trailers should now be vital contributors to your value chain.

A simple way to leverage all the power of trailer technology is to make Premier your dedicated and proven partner. As always, we are here with the best and brightest people and solutions. Contact us to see what we can do for you.

Enjoyed this article? Read Part 2: How can data help to predict fleet demand on Behind the Cab.

Get valuable transportation insights delivered to your inbox! 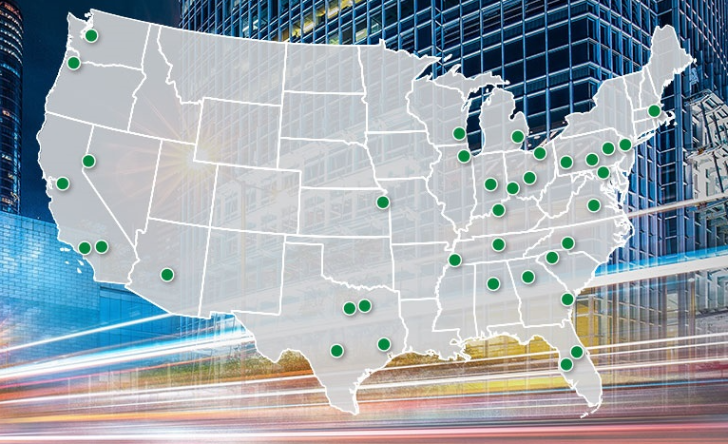 Premier Trailer Leasing is covering more ground than ever before. With new locations across the country, you'll get greater efficiency and flexibility than ever. 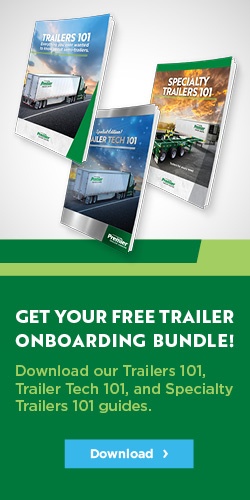